The painting "How to Pack a Prison" was used by the American Civil Liberty Union to illustrate "The Year In Civil Liberties," a summary of their most important cases for the year 2000 in their campaign against prison injustice. Detail shown.

"Another powerful work, from Montpelier artist Delia Robinson, looks like the cross-section of a slave ship with an electric chair in the center. Appropriately, it's impossible to tell whether the tiny black figures that populate the painting are stamped on or rendered individually. Robinson is better known for her ocarinas. President Clinton picked one up for Hillary a couple years ago at Frog Hollow. But her new work proves there are some issues powerful enough to turn a whistle maker into a whistle blower." 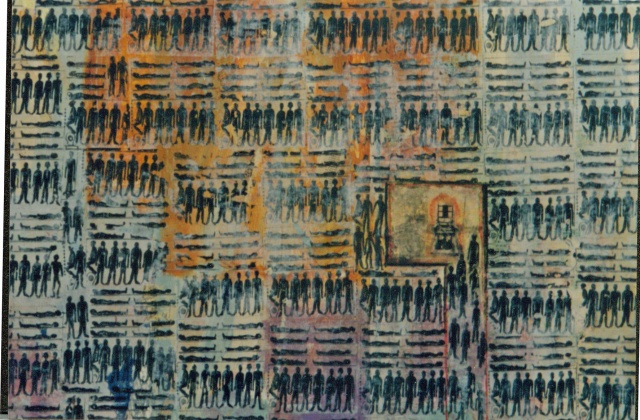