"Delia Robinson commands one of the three rings. She’s the queen of handmade clay whistles, and her “Whistle Circus” is alive with earthenware creations that would probably enhance the music of a sloppy brass band. Circus wagons, animals, clowns and a guy about to be shot from a cannon are all equipped to emit tunes, anyway. Nearby, a painted audience fills bleachers, and there’s an attraction called “small dogs.” "

"Three large, raised rings in the middle of the Studio Place Arts' gallery are filled with circus acts in paper mache, clay, cloth and porcelain figures...

One ring is populated by clay whistle circus figures made by Delia Robinson, who sold one of her whistles several years ago to Bill Clinton for Hillary Clinton's 50th birthday...

"The circus is a spectacle with many faces – from the ethereal and breathtaking high wire and aerialist acts to the underside of the freak show. I wanted to mount an exhibit of art that showed this entire circus experience," show curator Janet Van Fleet said." 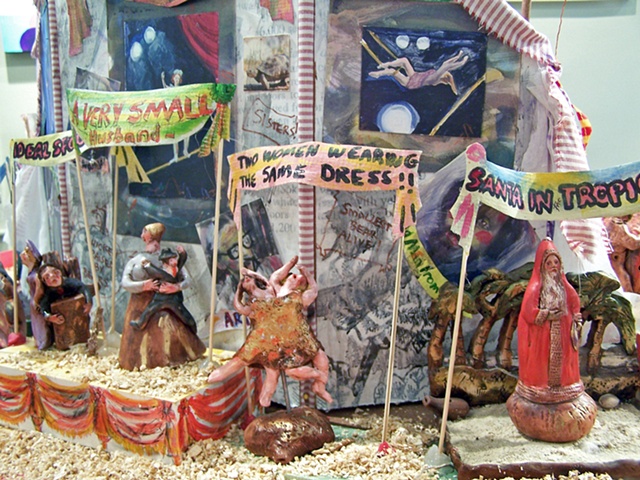