Decades ago in Oaxaca, Mexico, without a mutual language or culture, two old ladies, both celebrated clay workers, spent the afternoon comparing the tricks of the whistle-making trade. One was Dona Rosa, a celebrated Oaxacan blackware potter, and the other was my mother. Though frail, Dona Rosa energetically smacked the clay with a paddle, jabbing whistle holes with a stick. My mother was amazed to see a lovely bird emerge from such recklessness. Her own whistles were slowly fashioned and meticulously considered.

My mother, Mildred MacKenzie, continued to make pinch pot whistles until the year before her death at age 93. As a child in rural Virginia, her father amused her by making whistles, a memory later inspiring her as she developed the art of the simple singing bird to an ethereal plane.

When I began making whistles, I found I was too head-strong to follow her path. My birds quickly morphed into other forms and became weighted down in complex personal symbolism. The smallest creature was forced to carry the entire burden of my hopes, fears and dreams on every conceivable subject.

Following a time honored tradition, each piece is built from a hand-formed pinch pot ocarina with two or more notes.

Clay whistles are an ancient craft. Most cultures still include them among their folk instruments. Whether for music, magic, signaling, or play, their functional uses have almost entirely vanished, though they continue to charm. 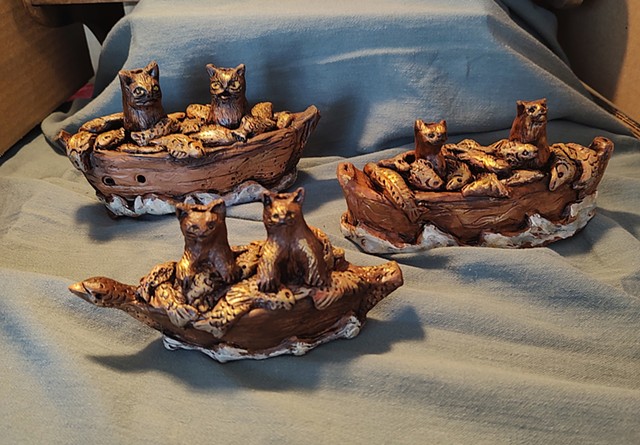 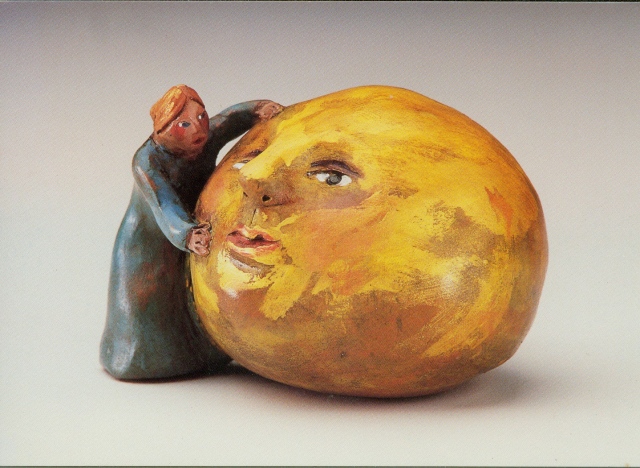